Ever since we had John’s Baked Ziti a few weeks ago, I’ve been jonesing for pasta.  I didn’t need anything particularly cheesy, but I really wanted the richness and comfort of some meaty noodles.  Meaty.  Noodles.

I had always wanted to try to make a ragu/ragout style meat sauce, and started checking around for ideas and recipes involving bolognese.  “Authentic” Italian bolognese isn’t a tomatoey marinara spaghetti sauce with meat, like most of us grew up on.  It’s really focused on the meat, and has a base of fresh caramelized veggies.  The more recipes and pictures I perused, the more clear it became that I had to make pasta with bolognese sauce.

I had two pounds of ground pork from Double R Farms and our pork CSA share, and I thought the richness of the pork would work great for this type of meat sauce.  I yanked it from the freezer and gathered my ingredients, and reviewed what I thought was the best recipe of the multitudes.  I chose to follow along with the recipe from Food Nouveau, but I made some little changes here and there.

Instead of cooking my veggies in a combination of olive oil and butter, I sweated them in some homemade pastured lard.

I like my sauces a little spicy, so when I was starting the slow-cooking-simmer phase of the process, I added a teaspoon of red pepper flakes and it added a very nice, subtle kick to the end product!

I did not add pancetta to the sauce, because:  (1) I was using ground pork, and knew there would be fat rendered from the pork;  (2) Pancetta is cured but not smoked, so I didn’t think I would be missing any major flavor profile by leaving it out;  (3) I was using my lard to cook with so that would be nearly equivalent to the pork fat from the pancetta; and (4) I didn’t have pancetta anyway.  🙂

By the time the scrumptious sauce was done simmering, the whole house smelled savory and amazing, and I couldn’t wait to get it in a bowl and then into my belly.  John practically dove into the pot of sauce and I don’t think I’ve seen him have thirds of something in a long time.  I’d say that’s a success! 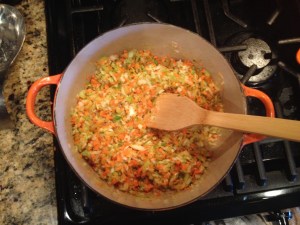 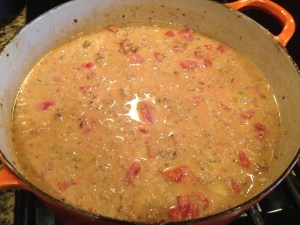 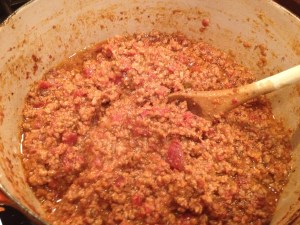 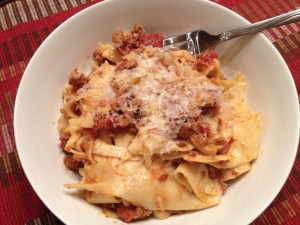 Mmmmmmmmmm!  I tell you what, we’ve done real well with this one! Go!  Try!  Do!

Pasta Bolognese (Italian Meat Ragout)
A rich and delicious, slow-cooked meat sauce for pasta -- this is not a tomato-based meat sauce like many of us are used to. I personally think this one is much better than a typical "spaghetti sauce" with meat. I hope you'll try it!
Ingredients
Servings: Cups (approx)
Instructions
Recipe Notes

For more pictures of the process, visit the blog at www.saltysassy.com. 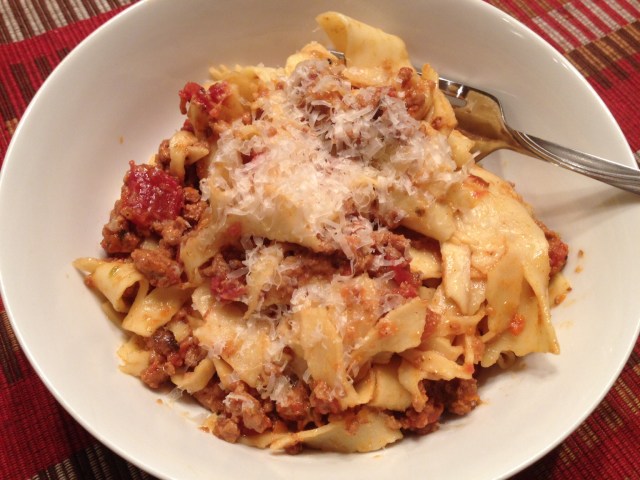